Just added to your cart

COV.ID-19 BRIEF - PLEASE ALLOW MORE TIME FOR DELIVERY - THANKS FOR YOUR SUPPORT. 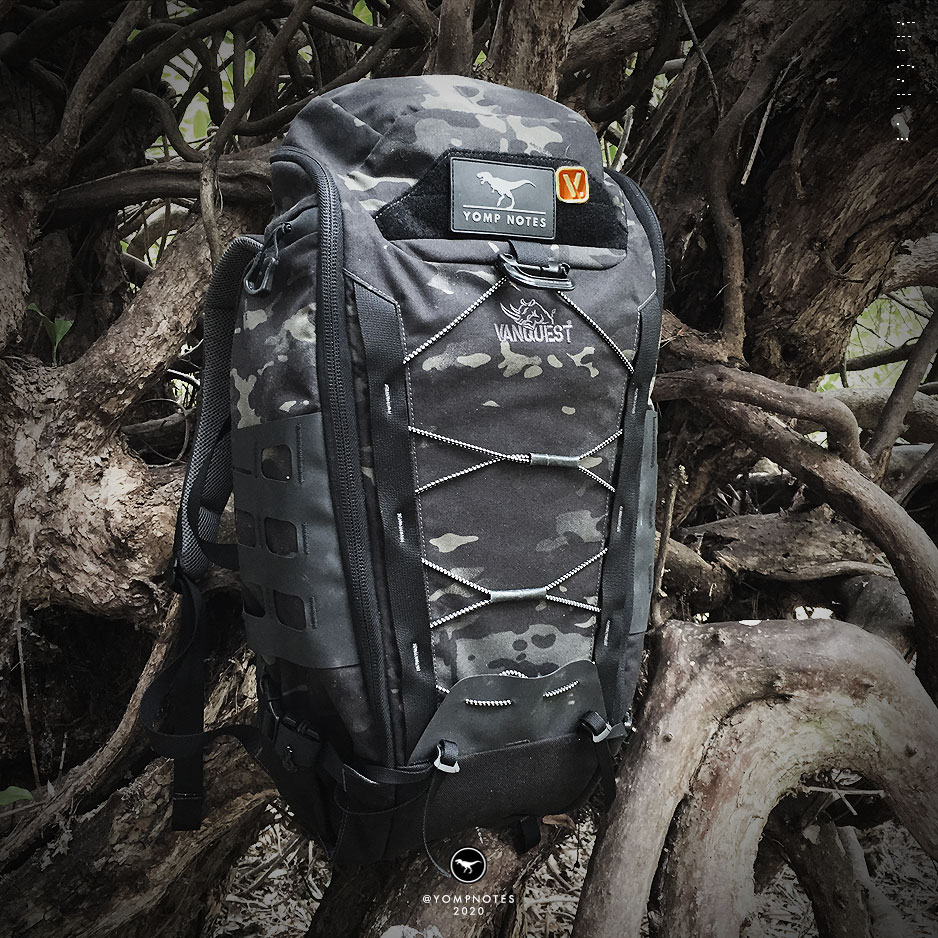 Can we use a VANQUEST IBEX26 as an EDC? Cours we can if we re-config-a-gogo.


There are as many opinions as to what makes a good EDC backpack / rucksack as there are people to carry em. So this post is about what I look for, then I shall look at modifying and re-configuring the VANQUEST IBEX26 to fit my very strict criteria : ) and maybe some of these ideas can be applied to your backpack / rucksack.

An EDC bag should be as Slick on the outside as possible. I don’t want any belts, sternum straps or compression systems. I don’t want any shock cord or any excess loops, hoops, buckles or gadgets. Ultimately I don’t even want MOLLE but MOLLE is darn useful so it is an necessary evil. 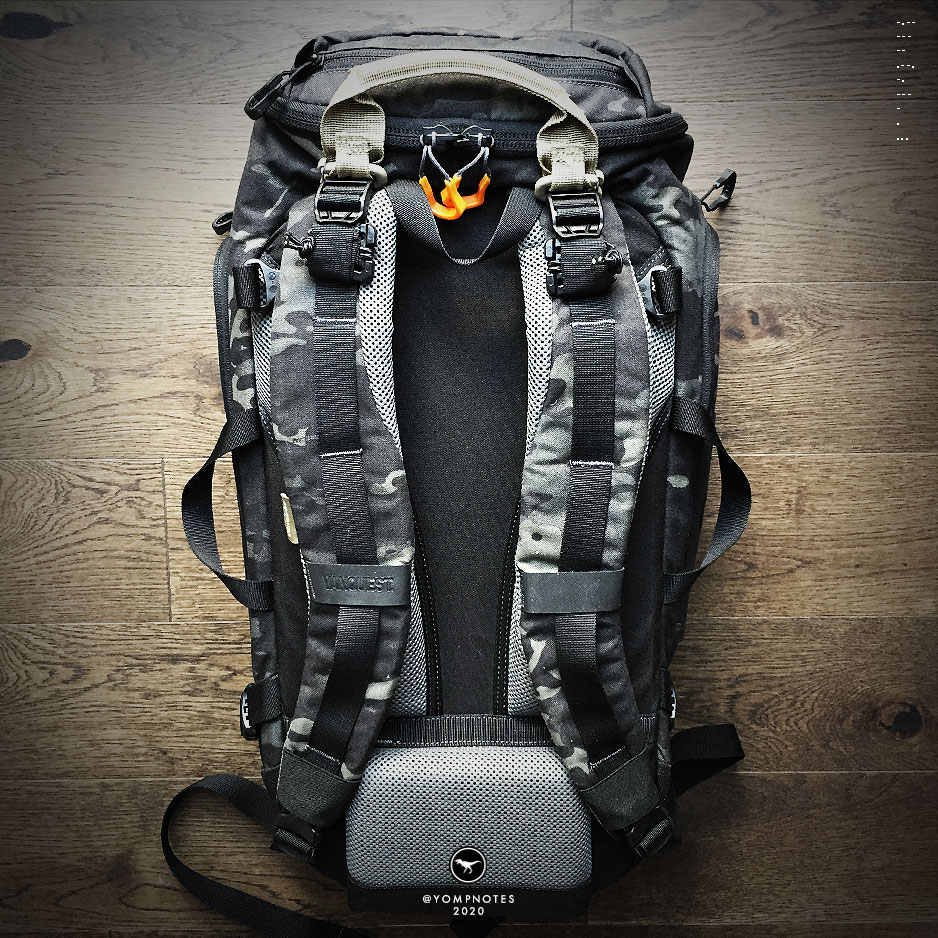 NO STRAPS? WHY?
In a hurry, in a panic running for a train, plane or just dragging my bag out of an automobile, I do not want excess straps getting snagged on knobs levers and stick shifts. Those of you in the law enforcement, the military or first responders will know what I mean, even shoulder straps can cause problems. 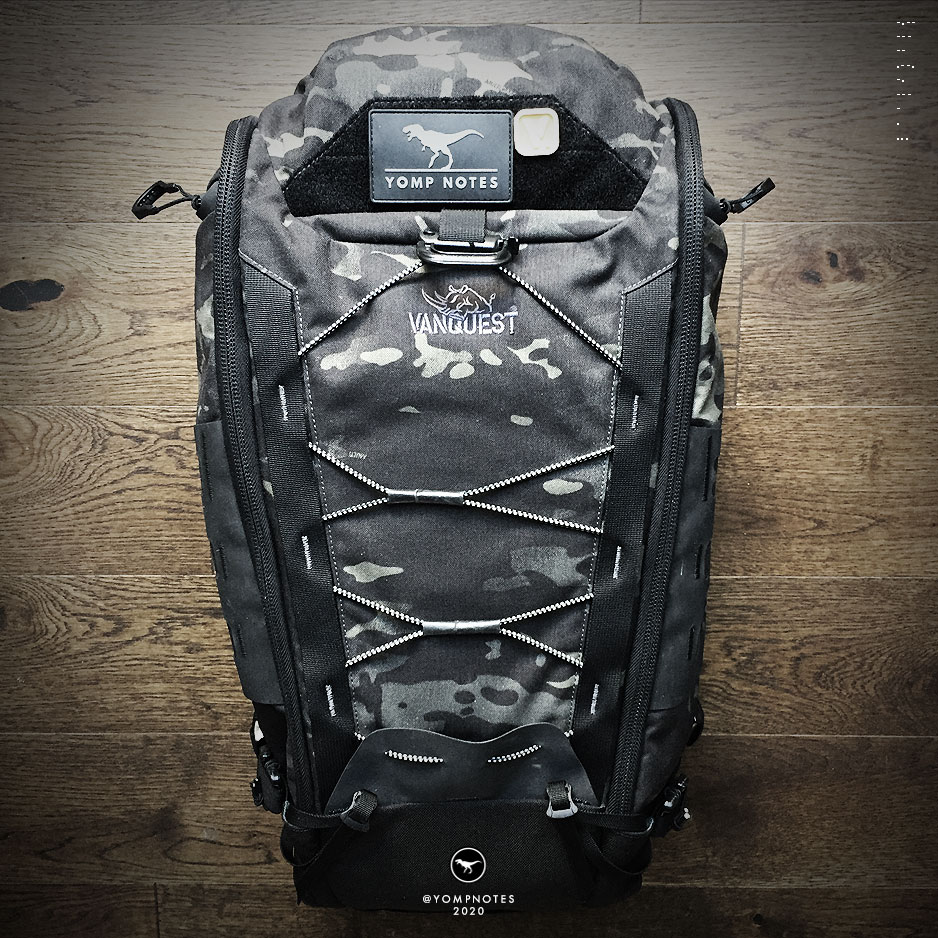 A few months ago, VANQUEST sent me some gear to review, the IBEX was the star of that show and I’ve really enjoyed configuring it for hikes and trails but as soon as I lifted it from its box, I wondered if it could work out as slick, car interior friendly EDC bag? you bet I could and this was how it was done? 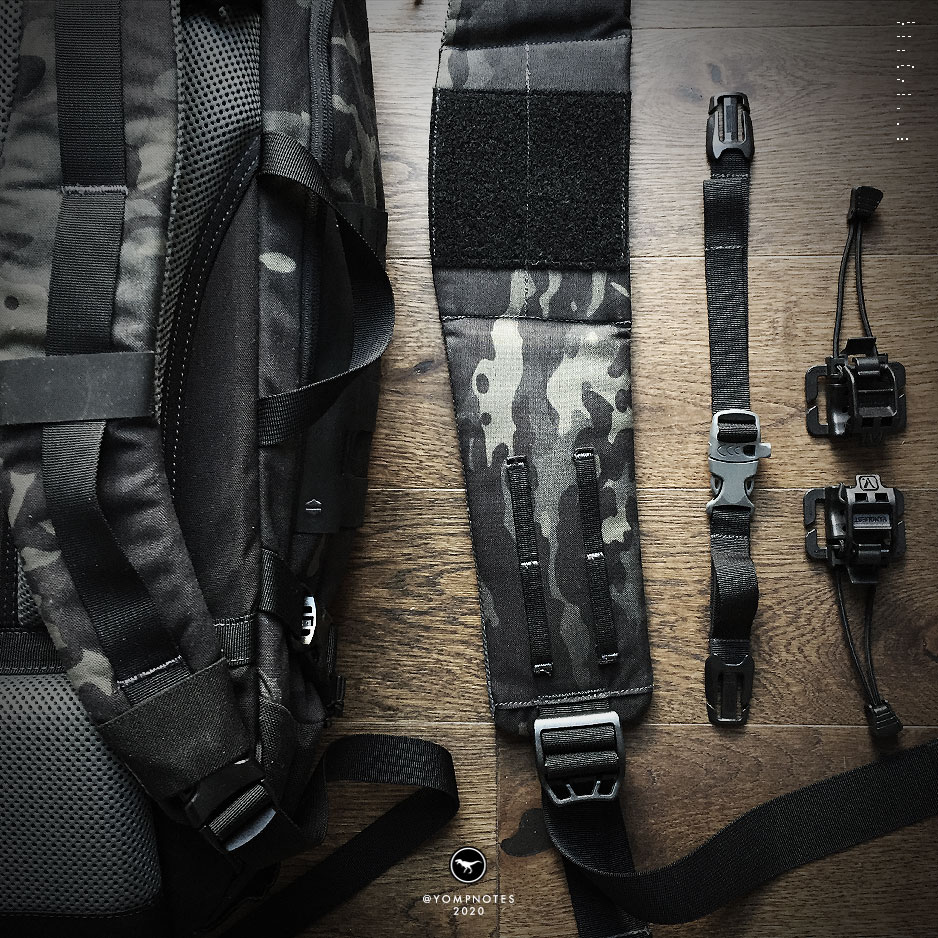 THE STRIP DOWN
The IBEX comes as standard, with a hip / belt and sternum strap both can be removed quite easily, great! So they came off. Next were the compression straps, this was the standard; x2 at the top and x2 at the bottom. The bottom straps can’t be removed and I didn’t wont to cut them off so I’ve just tidied up lose ends with web dominators. 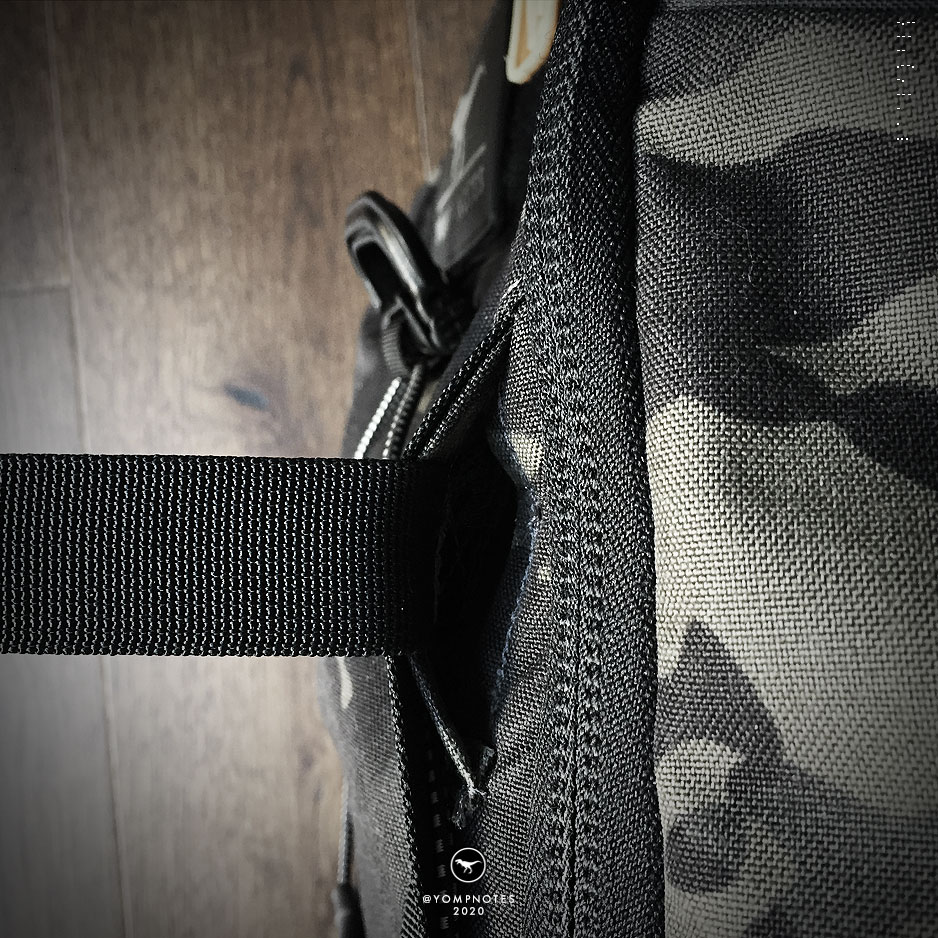 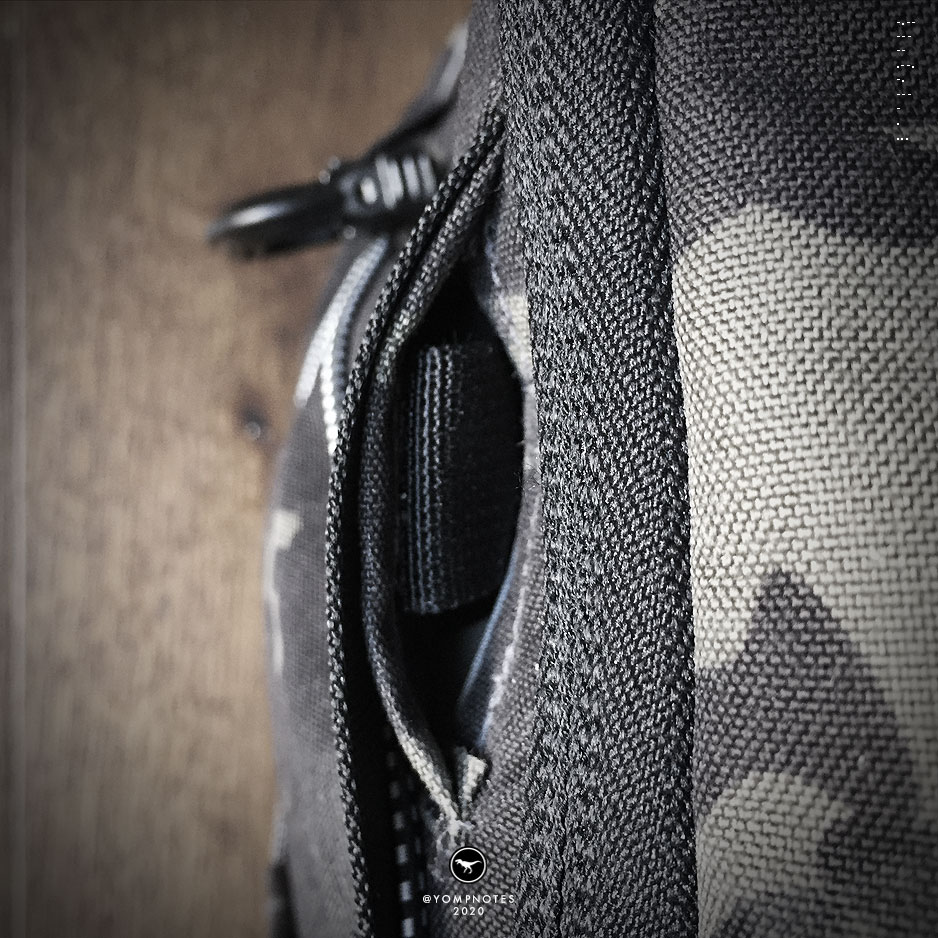 The top x2 straps can be tucked away into little pockets. This does leave the female side of the buckle though. As I write I’ve just left these as they are but I’ll probably remove just the plastic headwear and replace with split bar units. Then they can be removed and replaced as and when necessary. 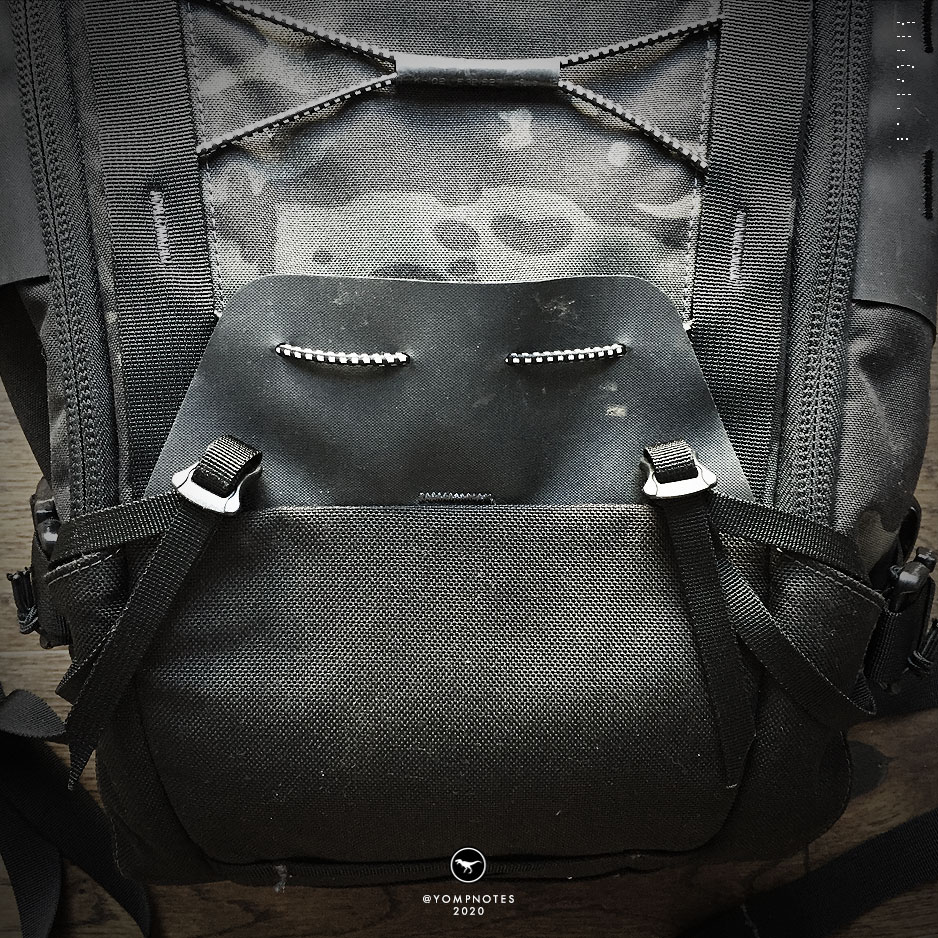 Ice axe straps are great for carrying all sorts of gear but in the EDC environment, not necessary, again didn’t want to cut them off so used the bottom compression straps to cinch down the lose loops so they can’t get snagged up on anything. 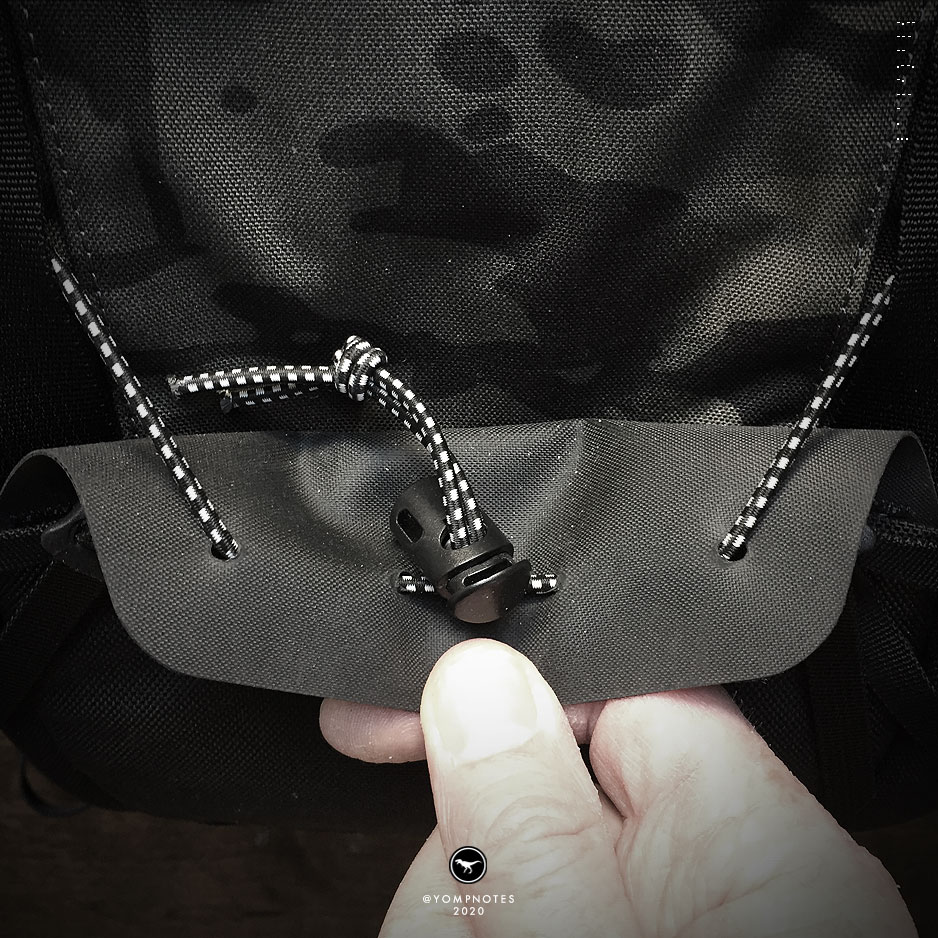 Decided to keep the shock cord as it’s super useful even during an EDC but I’ve re-laced it so the cord lock is hidden away. 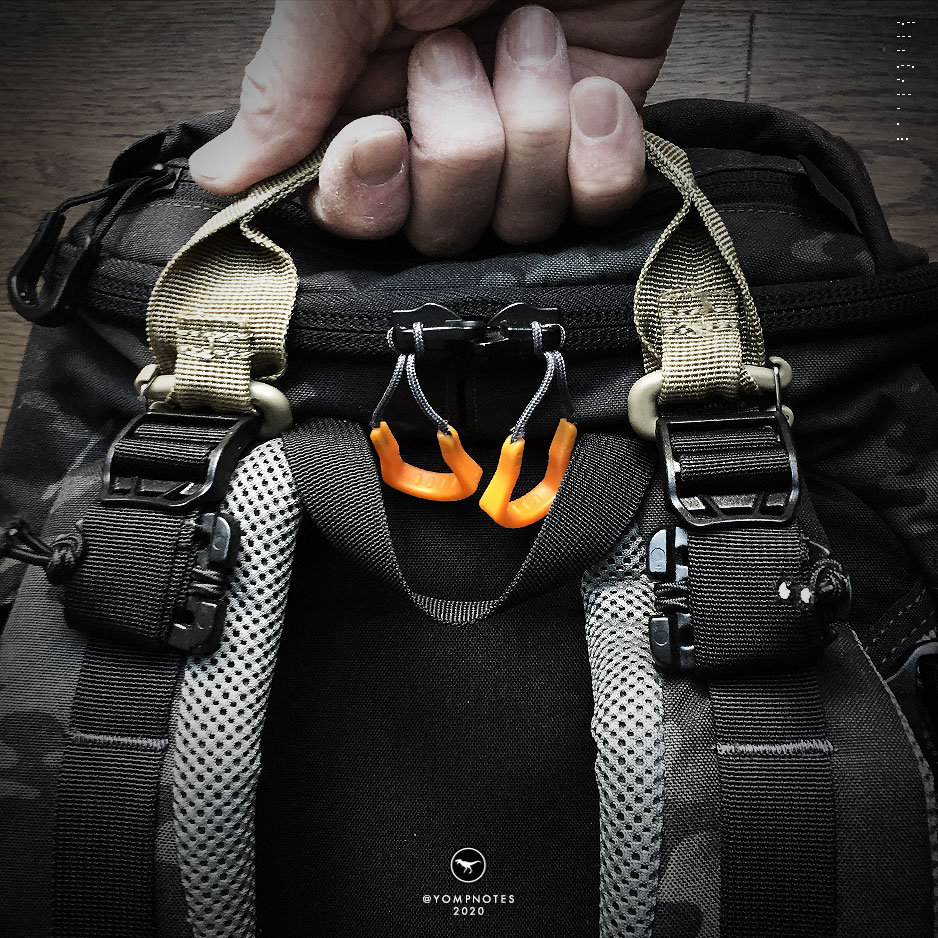 The carry handle is an issue for me, as I do like a comfortable carry handle that I can use for a long time. The IBEX26 has drag loops that are fine for casual use so needed to sort something out, so Ive used the removable carry handle, from an unused 5.11 CONVRT MOLLE panel. I’ve attached this to the shoulder straps load lifters, this works really well. The load lifter have been adjusted and the lose straps tided away with web dominators. 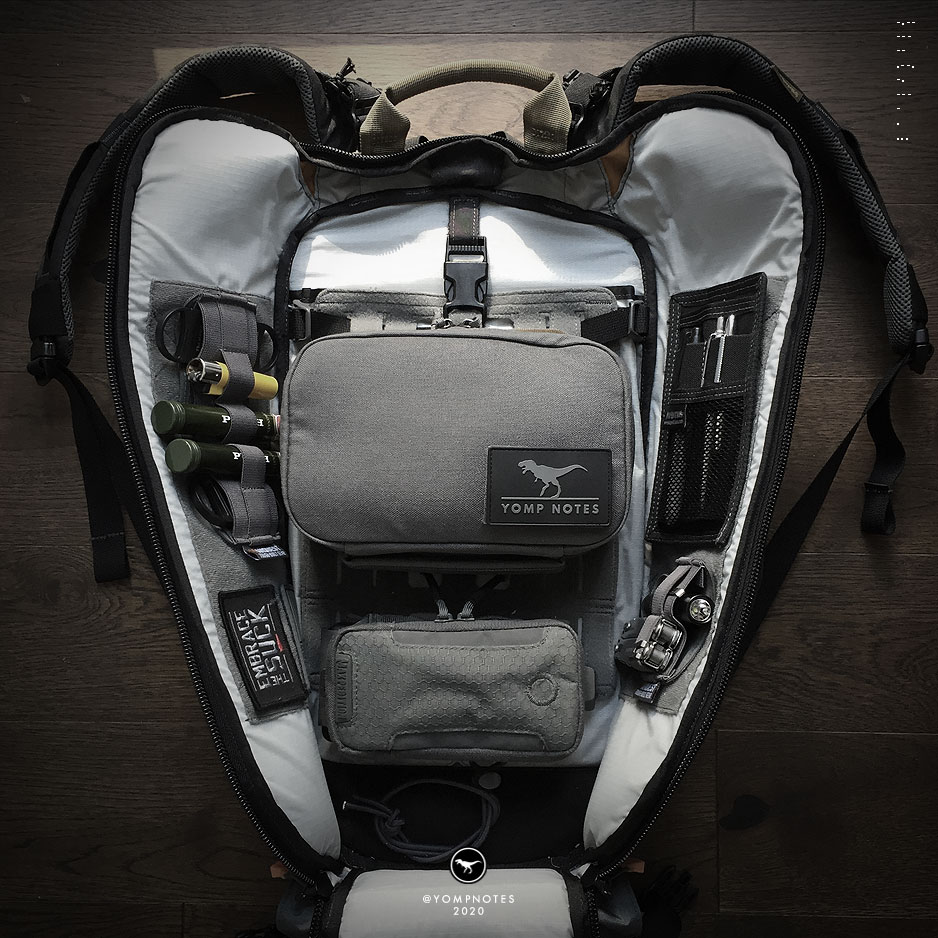 BEAUTY IS ON THE INSIDE
So the exterior of the IBEX26 is striped back and simplified as much as possible but what about the inside, what about the organization that is so important, almost on a daily basis? This, I think, is where the IBEX26 comes into its own, offering us a combination of; hook-&-loop and MOLLE fields on the back, inside front and both sides of the pack. A large blank caves for us to get creative with and get the gear just where we want it, easy to find, easy to grab. 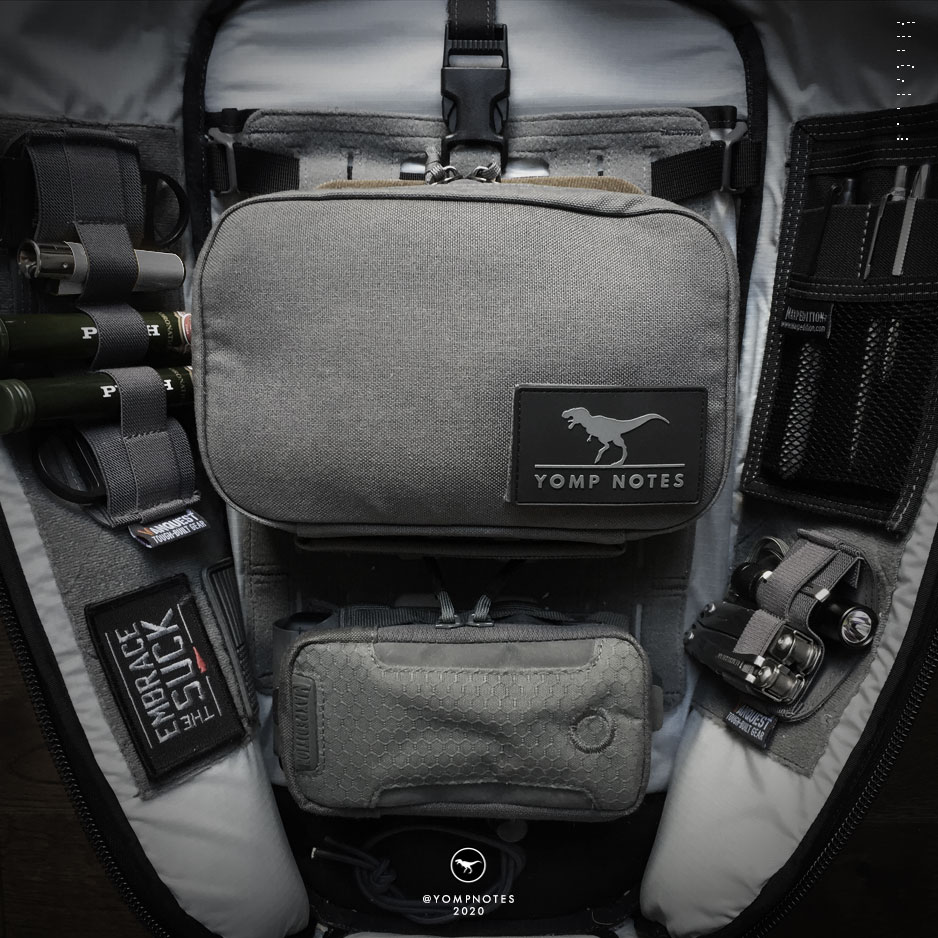 HOW DOES MY ORGA-GRID LOOK?
Elements of my EDC are well established and I don’t want to change them. One is my GORUCK GR1 Field Pocket which is my general dump all and EDC grab bag, this goes at the top and centre of my ORGA-GRID. 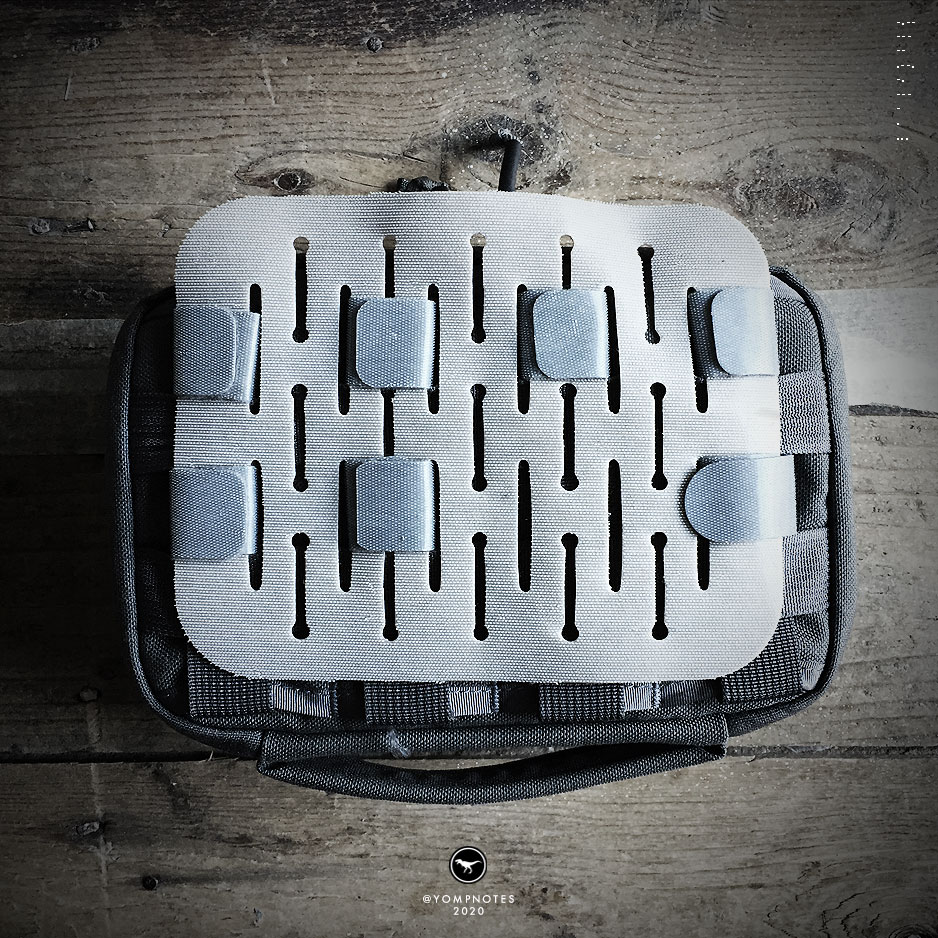 This is my first attempt at using a VANQUEST MOHL-AIR (MOLLE onto Hook-&-Loop adapter) which I’ve used to mount the Field Pocket. Love it! To be honest I was sceptical of its security thinking that heavy gear would tear away and flying around inside my pack, Nop! It works great. 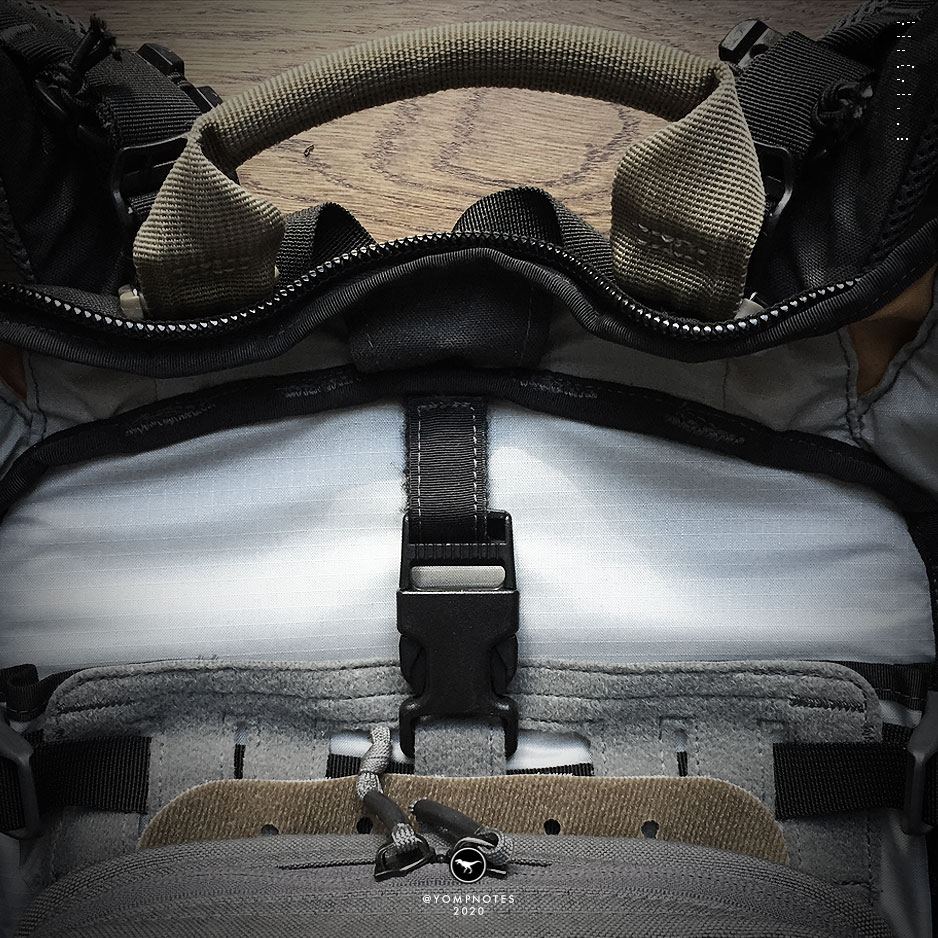 But I get ahead of myself, behind the back hook-&-loop, MOLLE field is a pocket for a laptop up-to 15.4” or a hydration bladder or in my case, paperwork and files. You’ll notice that I’ve used a side release buckle to stop this pocket from gaping open due to the weight of other gear mounted to the front of it. Really like this idea and solution. 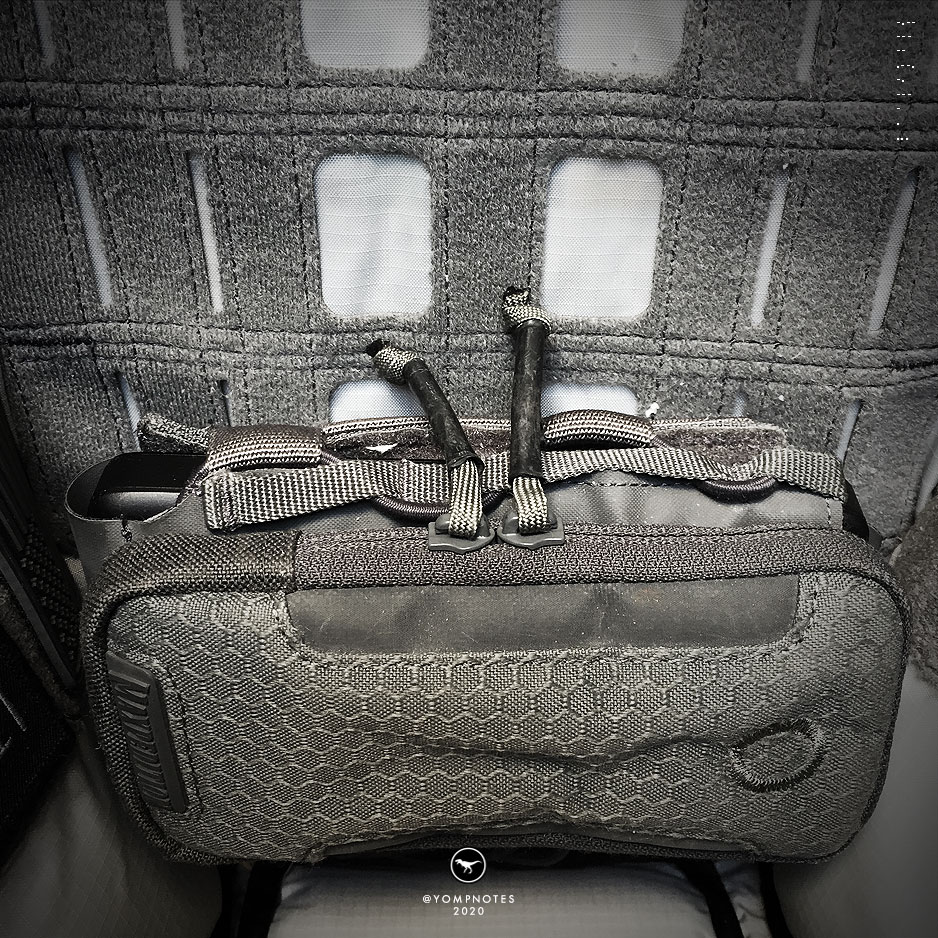 Below the Field Pocket I have mounted a VANQUEST HYDRA BOTTLE POUCH. I use this to carry a large capacity, RAVPower, auxiliary power source (battery). Piggybacked to this, is a MAXPEDITION PHP POUCH, for my smartphone, so I can carry my iPhone safely and charge at the same time. I’ve been using this config for years and works great for me. 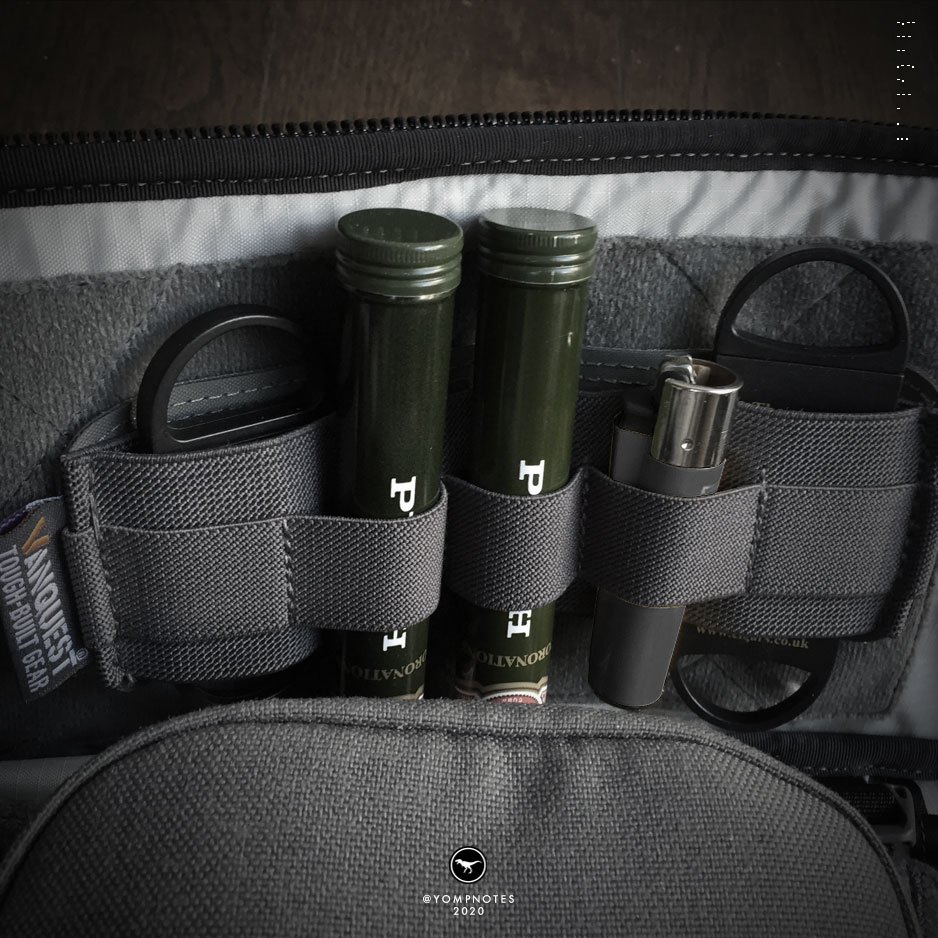 Now I’m trying some new, ideas that the IBEX can indulge, due to the large and very useful hook-&-loop fields, on the left and right, inside panels of the rucksack. To the left I’ve used a VANQUEST STICKY PANEL 2x7 for my victory sticks, lighter and cigar cutters. To the right I’ve used a MAXPEDITION Hook-&-Loop Mini Organiser, for light tools, mostly pens and Rite in the Rain note books. 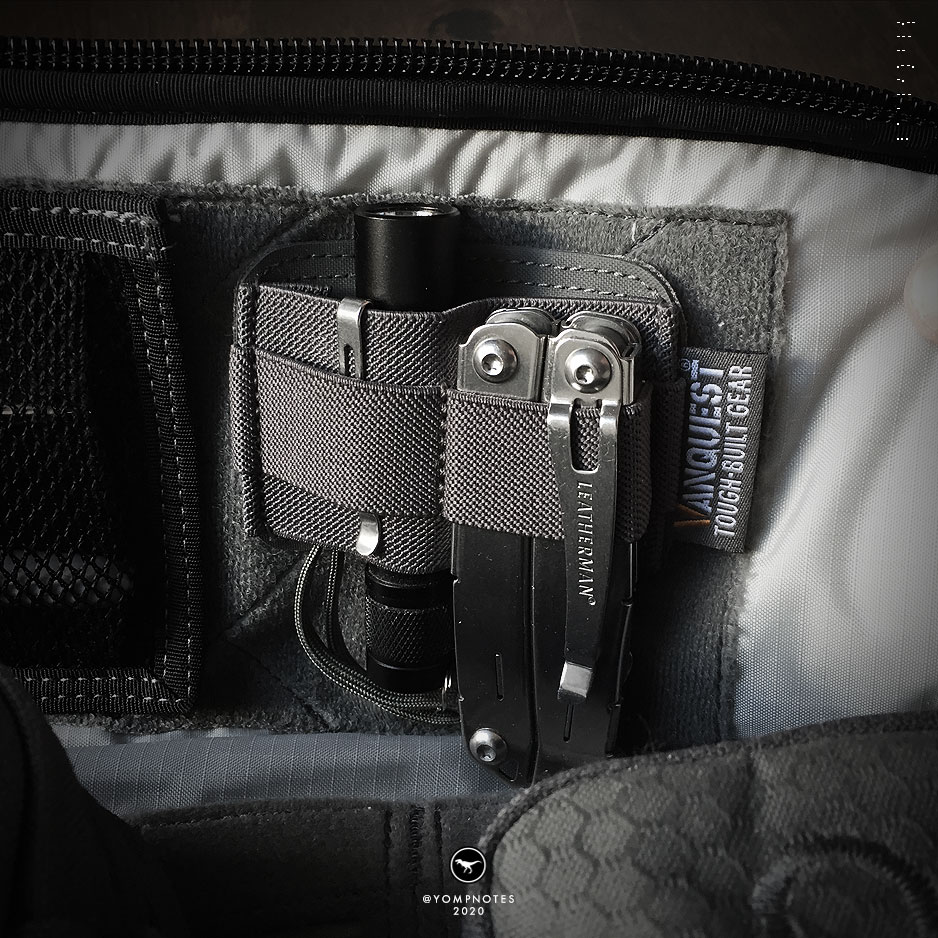 Below this is a VANQUEST STICKY PANEL 2x3, this is probably going to be a keeper because it works just great with my FENIX RC05 rechargeable touch and LEATHERMAN Wingman Multitool. I like having these tools together, as I often use at the same time. 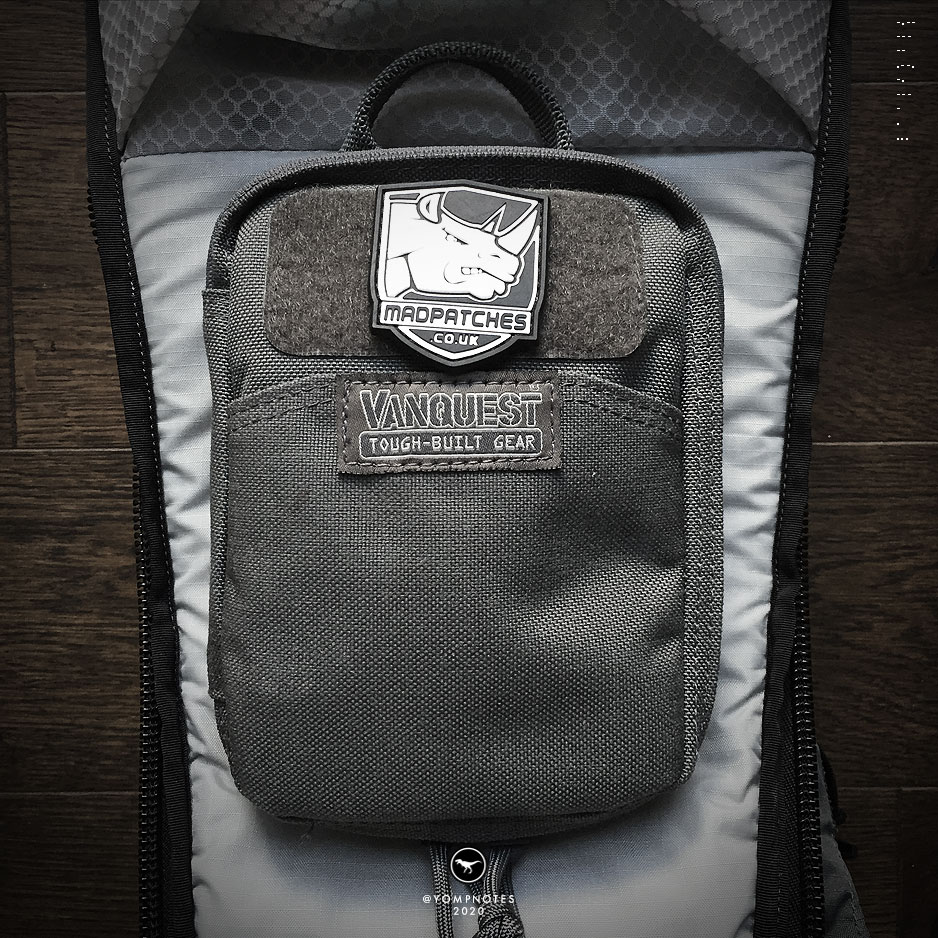 Not to be forgotten is the VANQUEST HUSKY PPM (Personal Pocket Maximiser) This organises my light tools, charging cables and gear I really can’t afford to lose and need to find quickly . The Husky PPM has also been modified by adding a MOHL-AIR hook-&-loop adapter and is affixed to a hook-&-loop field on the inside/face of the rucksack. 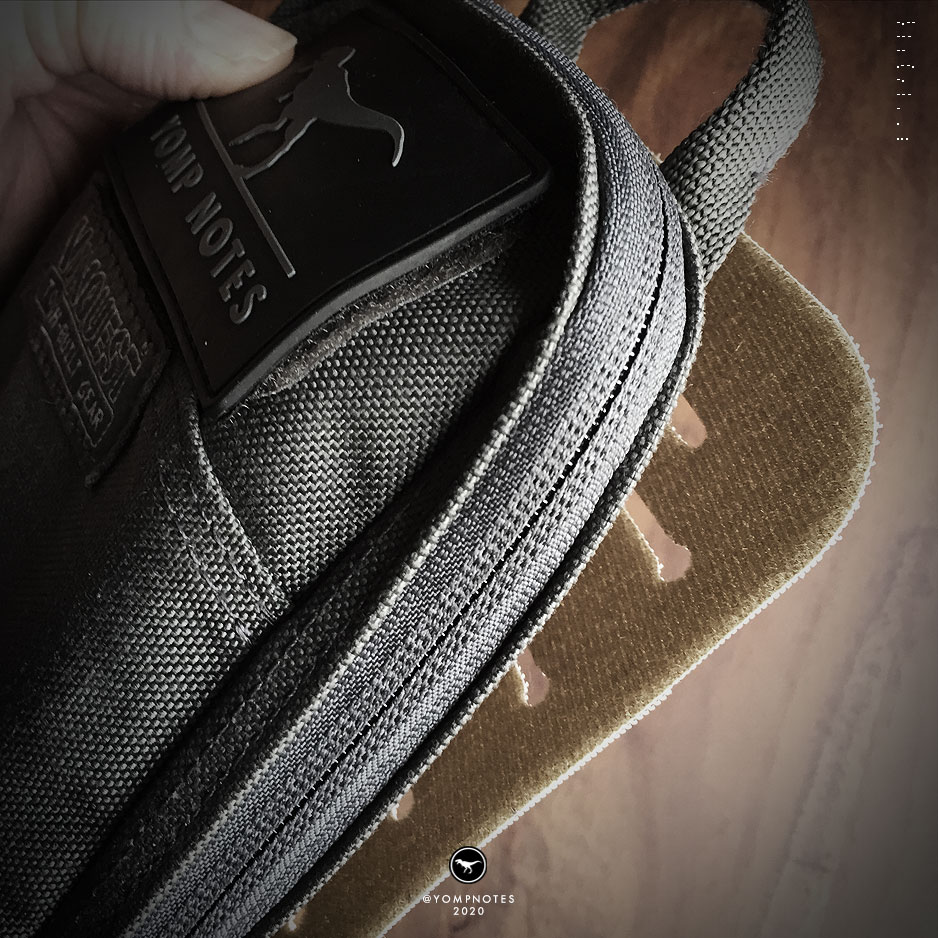 It took me a little while to configer this EDC space but when I started to think of my organisation with the IBEX26, more like a tool box than a brief case or laptop bag, it became easy real quick.

IN CONCLUSION
This isn’t a difficult mod to follow, really it’s just stripping your backpack - rucksack back to the essentials but it’s a good one, because if you’re a one bag person and if ideas here can be applied to your day hiker, then you can do and maybe get some more use out of your gear.

For me it’s been interesting getting to know Hook-&-loop as an organisation system, over MOLLE. Do I prefer one over the other? No for me it’s early days but it’s probably best to use both and know exactly when. As a rule of thumb, MOLLE good outside, more secure. Hook-&-Loop inside more flexible with regard to positioning your gear but as I said. early days.
GEAR LIST
VANQUEST IBEX26 Backpack
5.11 CONVRT MOLLE Panel
GORUCK GR1 Field Pocket
VANQUEST MOHL-AIR
VANQUEST HYDRA Bottle Holder
MAXPEDITION PHP Pouch
VANQUEST STICKY PANEL 2x7
MAXPEDITION Hook-&-Loop Mini Organiser
VANQUEST STICKY PANEL 2x3
VANQUEST PPM-Husky
FENIX RC05
LEATHERMAN Wingman Multitool
RELATED POSTS

CtA [Call to Action]
SUBSCRIBE [Newsletter] To receive a heads-up about posts just like this via your email.

YOMP SUPPORT - Have you enjoyed this post? Found it useful? Buy a PATCH, a T-SHIRT a CUP OF COFFEE, SUBSCRIBE or just leave a COMMENT it's all support and I'm grateful - Thank you. 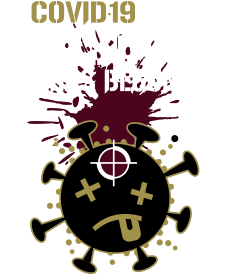